Life is about the Journey & there’s no adventure more eventful than the hunt for Treasure Island!
“We don't stop playing because we grow old;
…we grow old because we stop playing.” –
George Bernard Shaw
When the Ed Morse Automotive Group wanted to reward their Top Performers with a great time, they hired A Hot Party to produce a fully interactive Theme Party where guests followed a custom treasure-map (given to them by a talking skull) to various stations / activities & games to collect rewards at each.

At the end of the extended cocktail 2-hours, guests turned in their Maps to win cash & prizes.

-         EVERYONE loved the creative Adventure!
Add to cart
Some other Key Elements included:

·       10’ illuminated Treasure Island sign made from wood & moss plus a jungle of ferns, palms, & other live trees. As guests enter down the ‘Black-Carpet’, we blast a layer of low-lying fog onto the ground & play the audio of a Stormy Ocean &Theatrical Pirate Music!

·       Ballroom designed into a ship-wrecked pirates cove. White, sheer, semi-transparent fabric will be draped from the ceiling & walls, and cut to look torn by the wind. Blue & Black-lights will hit the fabric to make it glow, as well as some liquid-light effects. Various props, such as a Giant Wood Pirate Skull, 2 Giant Swords, moving Pirate skeletons, barrels of rum, and other Pirate Themed Props scattered throughout the room.

·       Ballroom focal point will be the 20’ x 40’ Pirate themed backdrop behind the stage, illuminated to help it POP.

- Answer Trivia about the Company

We’ve customized our Treasure Island Theme Parties from Corporate Awards Galas to private kids parties.  We’re happy to discuss your event vision and how we can make it spectacular! 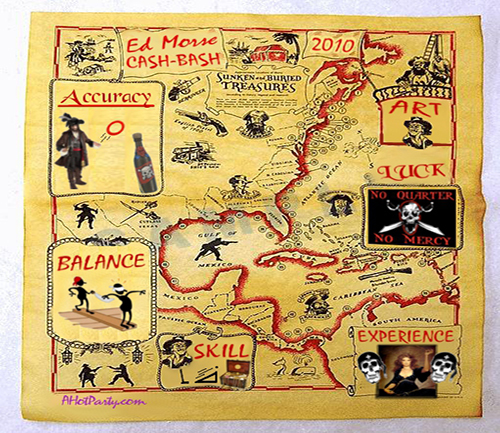 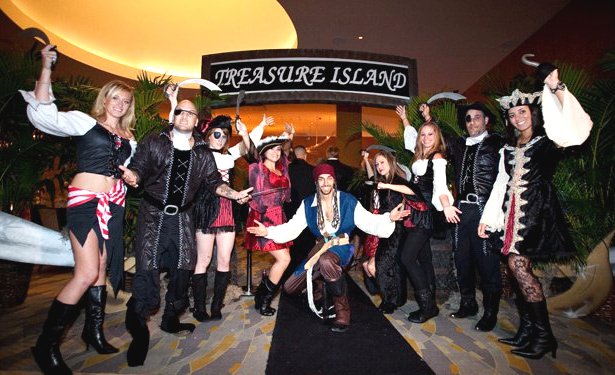 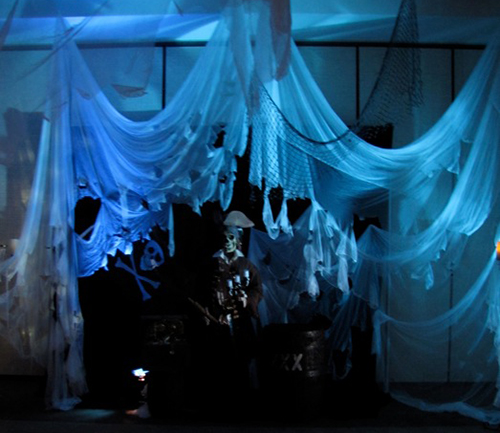 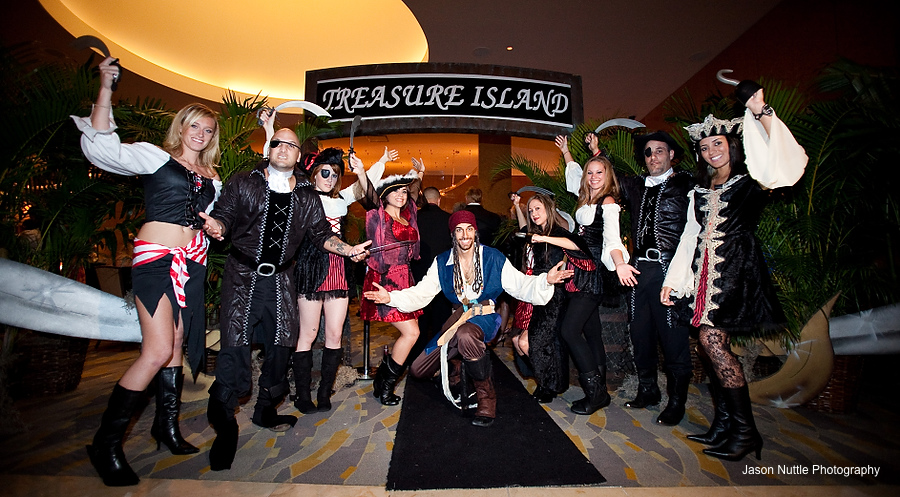 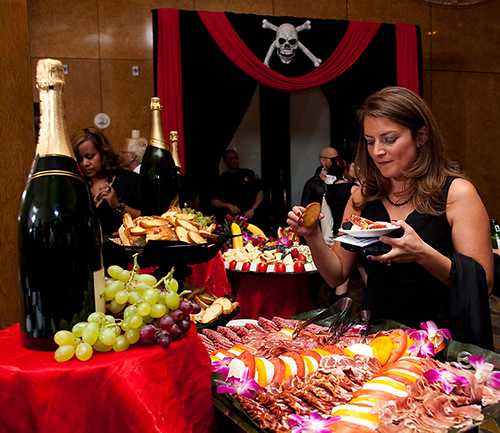 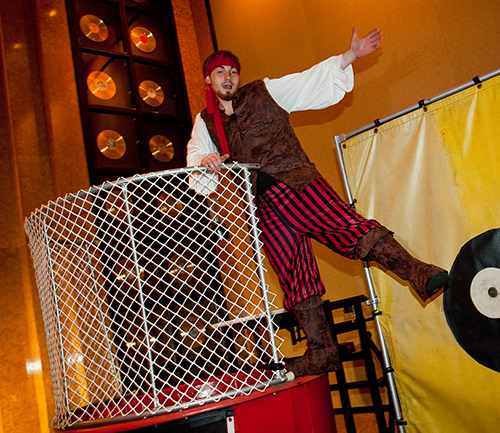 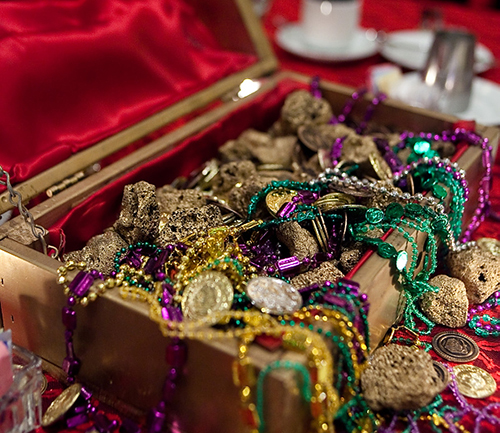 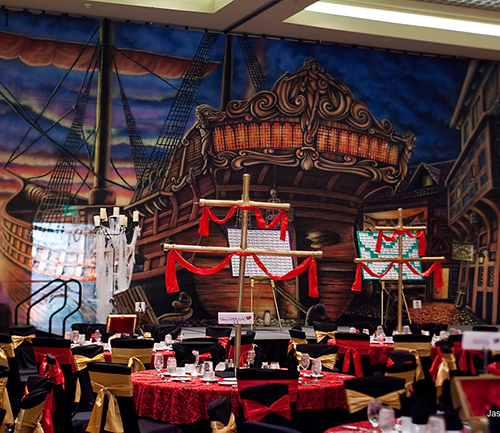 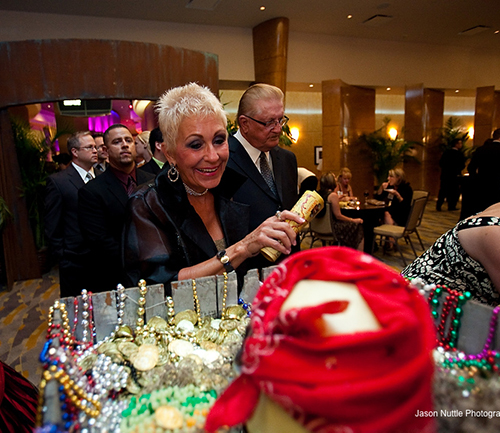 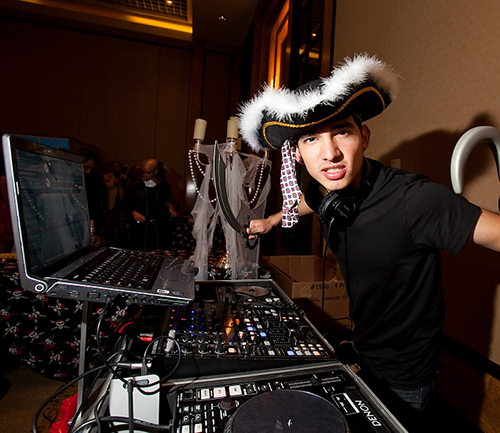 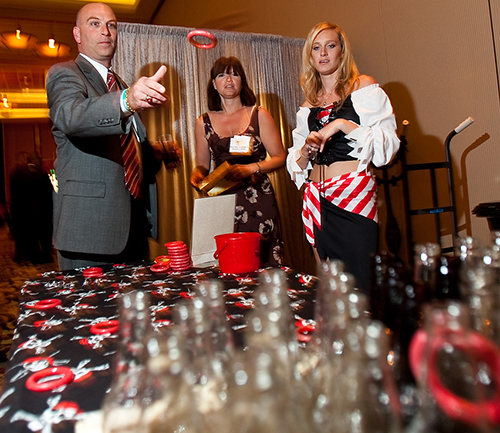 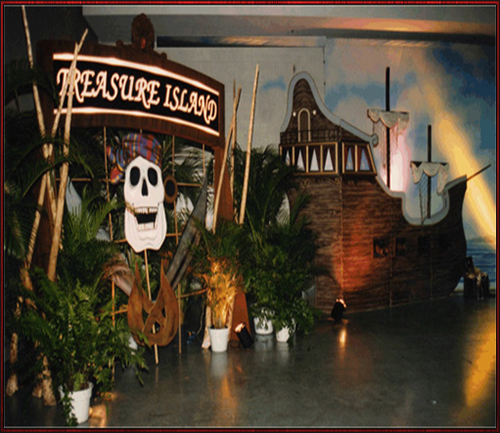 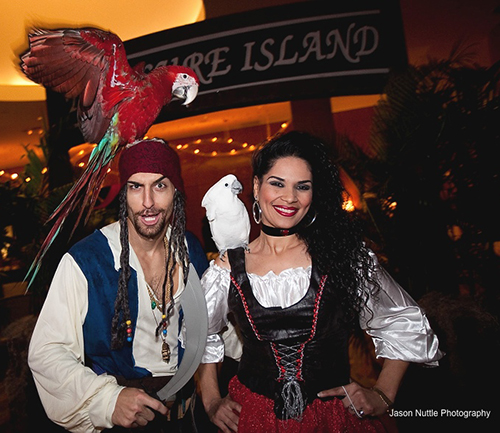 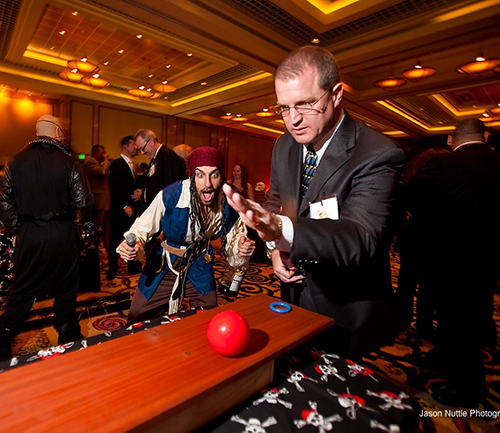 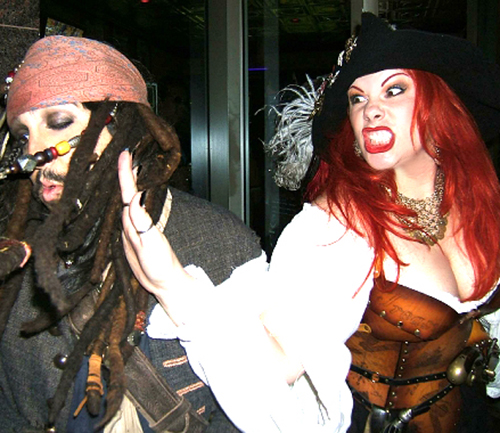 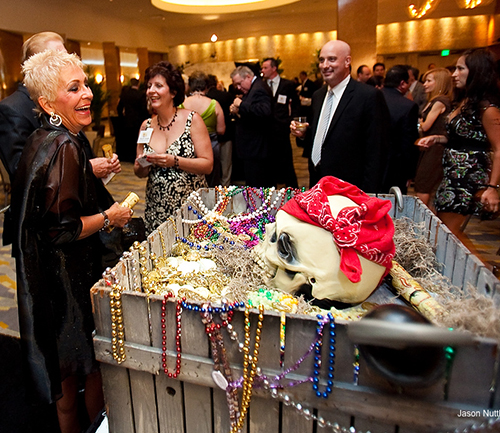 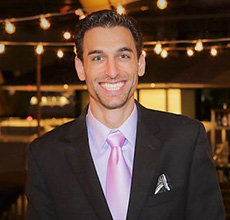